So proud of our organization and community for coming together to host our special goalies-only "Tendy Tournament"!  Special thanks to our Goalie Director, Gabe Tash, for coming up with the idea and our Coaching Director, Dan Zuccaro, for helping to implement.  Also thank you too the Andover High School and AHA bantam players for volunteering their time on a Saturday night.  The event was covered by YouTube's "Voice Over Goalie" who put together a fun recap of the event which you can enjoy here:

"The Differences between Hockey Parents and Theater Parents" 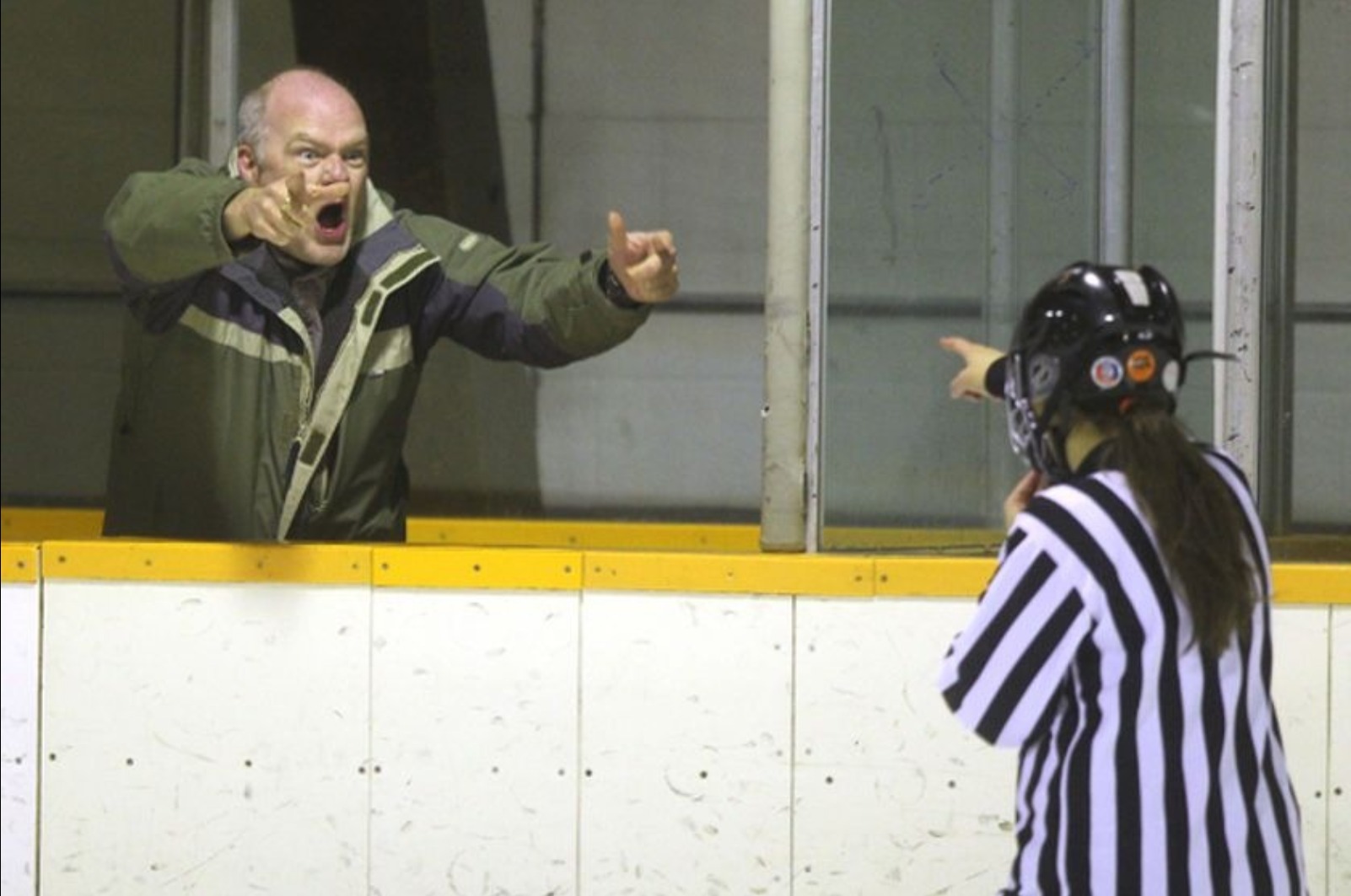 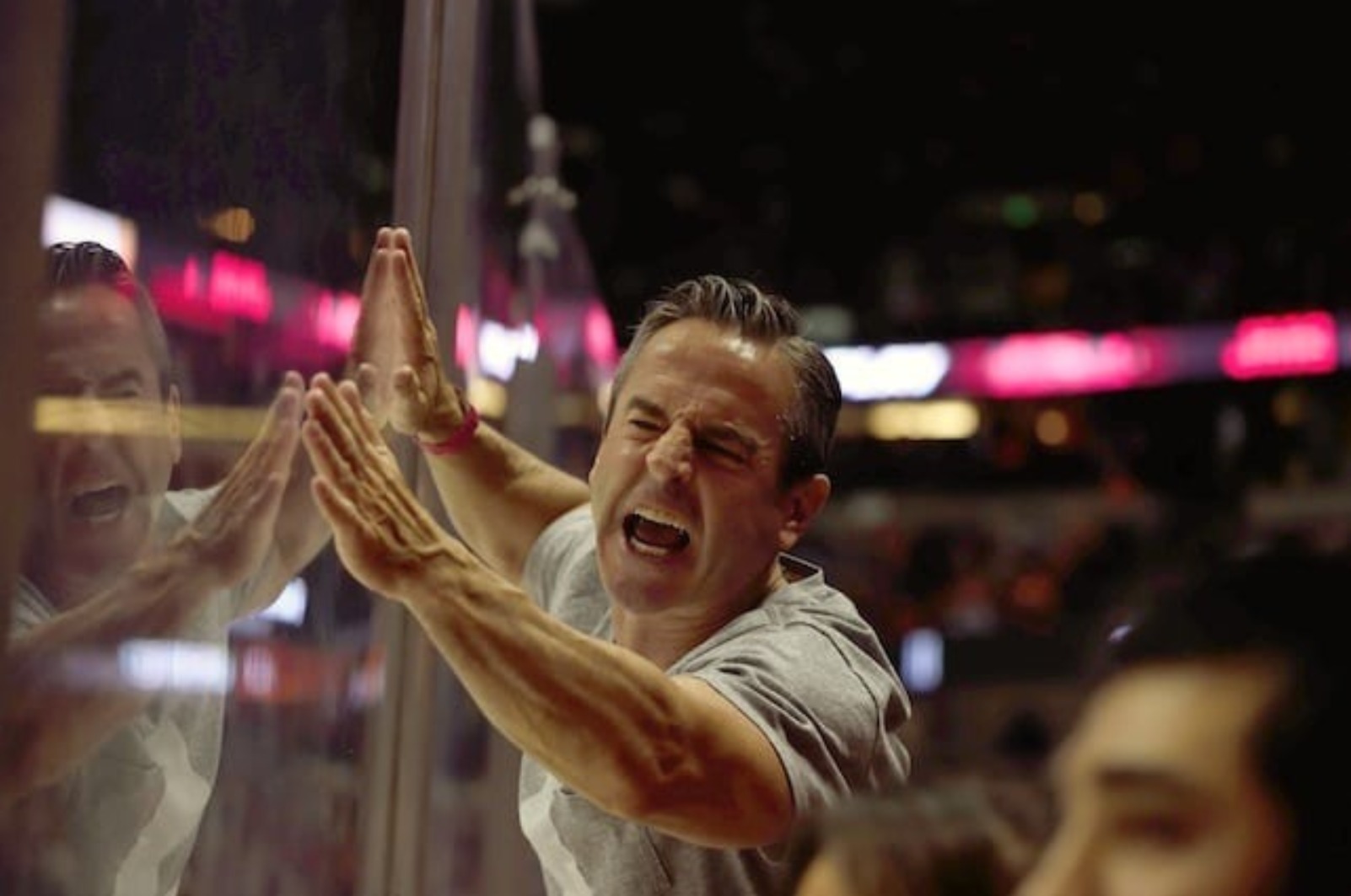 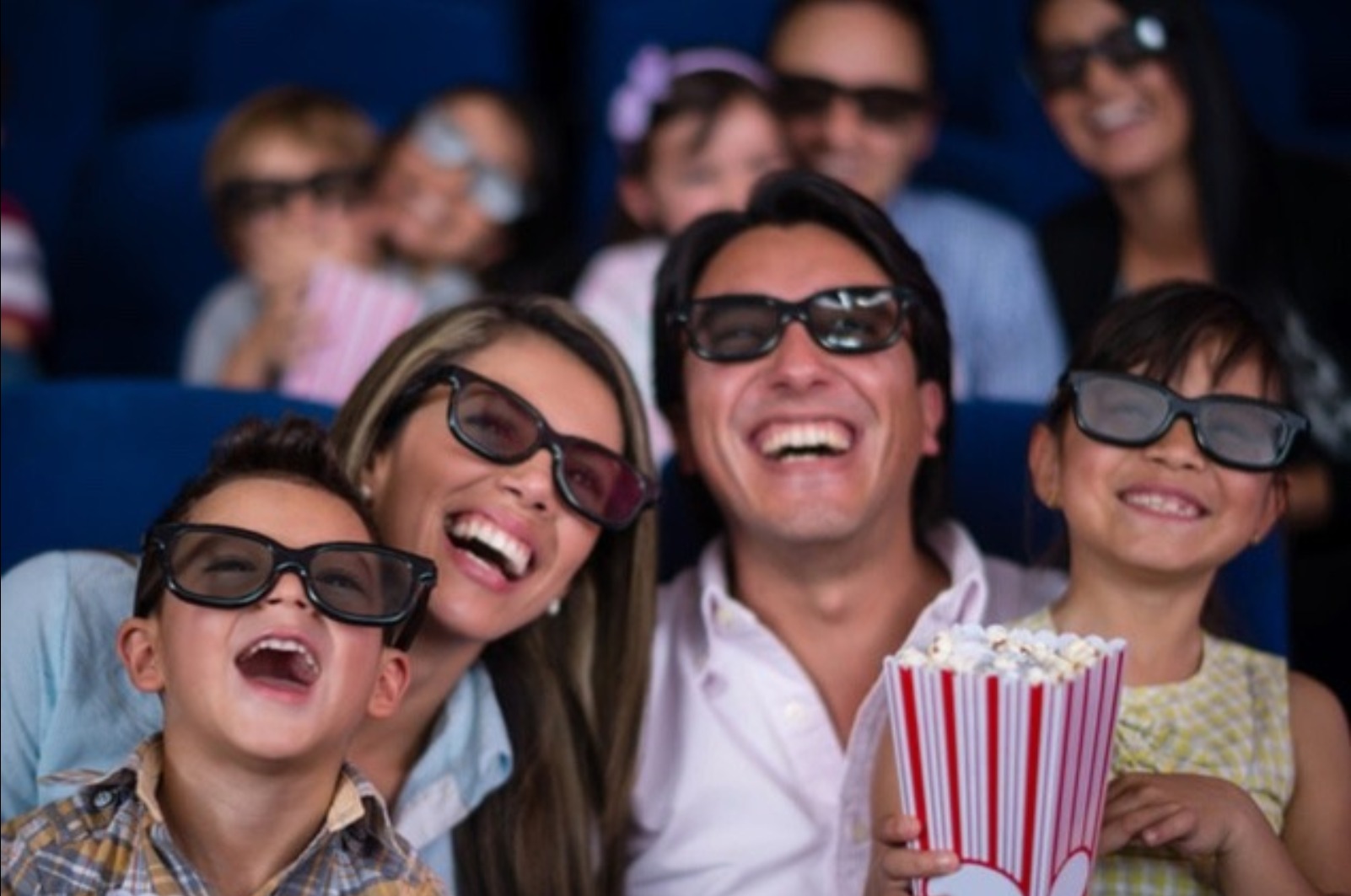 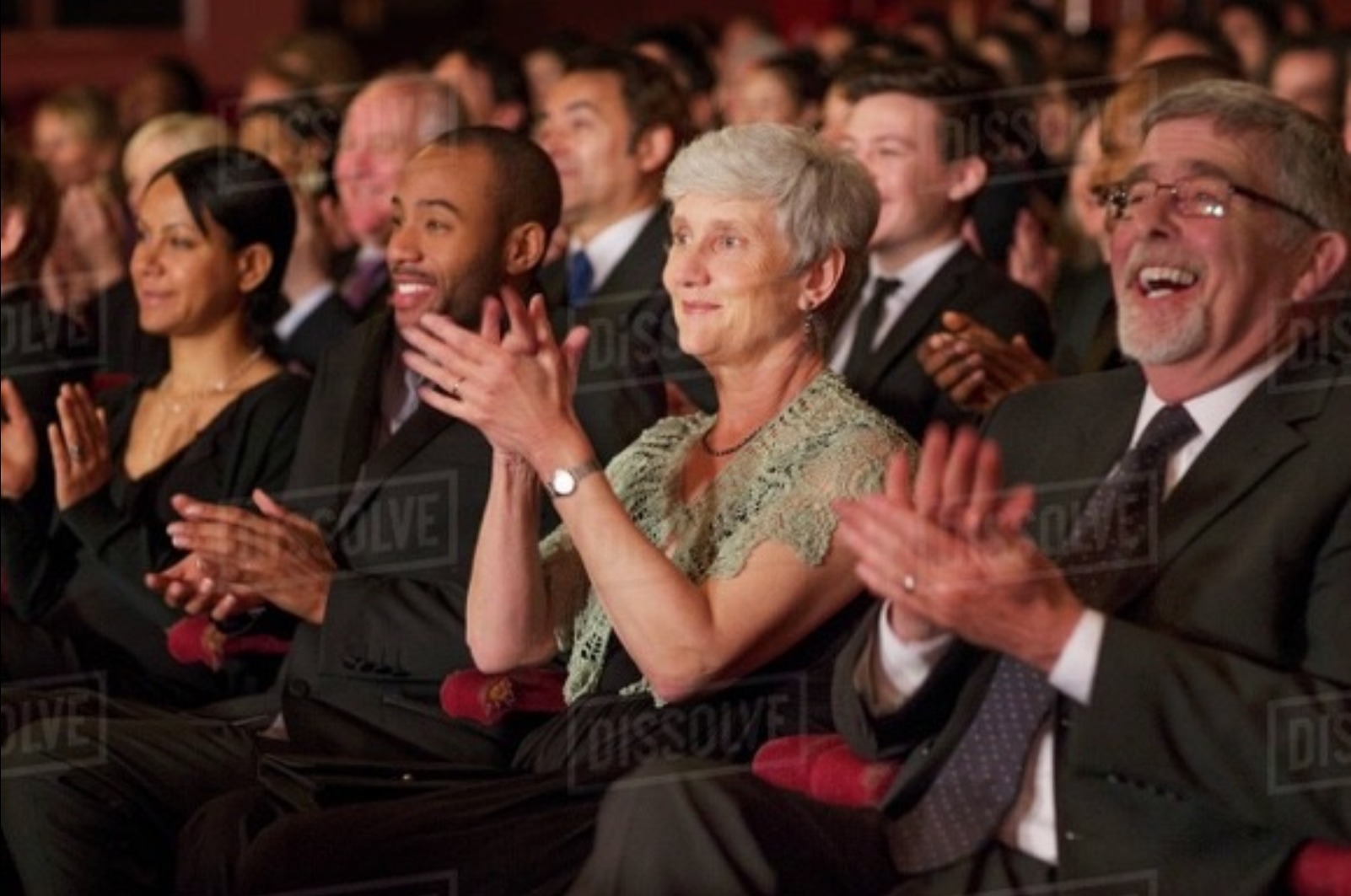 1. Competition. As a newcomer to theater, competition is not a word that I would have associated with it. Yet, every show has an audition which determines the roles to be played and the stakes are high with only a few lead roles to be decided. With youth hockey, on the other hand, most players get about the same ice time and have the same experience throughout the season regardless of their hockey ‘audition’. Despite the high stakes of a theater audition, you do not hear excessive parent complaints and teeth gnashing you typically get with hockey tryouts. Theater auditions are closed to the parents so there is no opportunity for parents to over-analyze the process. The selection of a cast is an artistic choice of the theater director and parents generally accept his or her artistic license to place kids where they need to be for the show. The lesson for hockey parents is to take a step back from the tryout process and the frequent evaluations of how your player stacks up against other players and teammates. There is often some disappointment after both theater auditions and hockey tryouts, but try not to let these brief periods overshadow what should be fun times ahead - whether it is performing in a new role or playing for a new team.

2. Teamwork. Both hockey and theater rely heavily on the importance of teamwork. Hockey games, let alone championships, are rarely won without great teamwork. With theater, you will not get a truly great show without the entire cast performing in sync and at a high level. The entire cast include all those performers on stage as well as those musicians and tech crew behind the scenes. The beauty of teamwork in theater is literally on display the entire show and inherent to the art form. With hockey, sometimes too much credit and focus can be placed on the top players to the detriment of developing players. Yet every hockey team from the Boston Bruins down to every youth team has a variety of abilities from the top stars to the role players. There is a tremendous amount of respect between hockey players on top teams because they understand the concept of teamwork and the hard work it takes to be great together. Hockey parents could benefit from the mentality of theater parents on game day by enjoying and watching the teamwork on display.

3. Commitment. Hockey is legendary for its reputation of a requiring a big commitment from parents. I’ve often heard non-hockey parents say, “Whatever you do, don’t introduce your kids to hockey unless you want to spend six months per year waking up at 5 AM every weekend and spending your time freezing in a hockey rink!” In fairness, hockey does require a big commitment from parents and players - although I don’t think the reality lives up to some of the hype when compared to most kids’ activities today. With that being said, I was amazed at the level of commitment required by theater kids. For a single show, rehearsals are two hours long, three days a week for two months. The week leading up to the show has four hour long rehearsals every day including Sunday. It is a grand total of about seventy hours of rehearsals that go into a single two hour show. Attendance is mandatory and if you can’t make the commitment you just simply don’t get to perform in the show, period. Hockey, by contrast, typically has  two hour long practices and one game per week. Despite the importance of teamwork in both endeavors, I am much more likely to find a hockey parent that doesn’t require consistent participation in practices and games. The lesson for hockey parents is to think of the games similar to a theater show. Is it fair to make your kid perform on the hockey stage for a game, when he or she is unprepared by missing practices where the coaches are trying to get their players to perform in unison?

4. Fun. Hockey has a legion of fans - and fanatics - because it is so much fun to play and watch. It has locker rooms, cool equipment, ice, the Zamboni, a unique rubber puck and goalies that look like Transformers. Yet despite the fun that is ingrained, sometimes parents and coaches can take the fun out of the sport by pushing their kids too far or forgetting that it is, in the end, a game. With theater, I see kids bounding out of rehearsals after singing and dancing for two hours with big smiles on their faces. Most parents are not present during rehearsals other than those directing the show or building sets. Theater kids have so much fun together it is impossible not to notice—it is all about the kids. The lesson for hockey parents is that sometime less involvement is more and to embrace the fun that is inherent to the game.

5. Appreciation. Hockey offers up many opportunities to teach appreciation. Players are taught to respect their teammates, their opponents, the referees and the game itself. Yet, despite those opportunities, the intensity and excitement of the game can sometimes derail even the most level headed of players, coaches and parents. The classic sitcom Cheers even has an episode where character Dr. Frasier Crane attends his first hockey game and is transformed from a reserved, professional psychologist to a raving lunatic during the course of the game. Theater is different of course, in that there is no winning or losing the day of the show. Regardless of what mistakes that may or may not be noticeable most everyone leaves the show with a smile on their face, especially the performers. The audience showers the performers with applause throughout the show and I’ve yet to hear anyone scream instructions from the audience. The lesson for hockey parents is to appreciate the entire hockey experience regardless of the outcome of the game or how your player performed. Appreciate the teamwork, the effort in practice, the athleticism on display and all the life-long lessons being learned. Your player may or may not appreciate a bouquet after a game, but in my experience, a doughnut almost never fails to bring a smile.

See you at the rink!